Born in Barcelona 1935. Learn drawing and painting at the Academia Valls' next to his father's prestigious Nolasc Valls. Educated at the Masana School and later at the Escuela Superior de Bellas Artes de Sant Jordi in Barcelona.

Finished studies in various group exhibitions works. A period of murals in the Church of Morell (Tarragona), the Convent of Xartres Barcelona, Gerona Carmelitas mismatch, the Church of Argelaguer (Barcelona), the Chapel of Balmanya fills Can Bons de Pinós ( Lerida) Castellví De Mata (Penedes) and Can Massana of Masquefa (Barcelona).

The year 1977 presents the first exhibition at the Art Gallery & Faucet Escoda, Barcelona, where he continued exhibiting regularly at this time.

In 1984 became part of the SOCIÉTÉ INTERNATIONALE D'ART FIGURATIF (SIAF), based in Paris and Reims, with which it sets in France, Germany and United States.

In 1986, through the French Embassy, presented in Japan in the cities of Tokyo and Osaka, where he continues to show his paintings regularly.

In recent years his work has been presented again in the gallery "Xipell" in Manresa  "Grife & Escoda" in Barcelona, "Gnaccarini Galleria d'Arte" in Bologna, "Gallery Menacho" and in Mexico DF and in San Miguel de Allende, "Gallery Llahí in Andorra, "Maison Bleu in Alcoi" Taller d'en Feliu "in Badalona and "Gallery Toranto" in Barcelona.

Besides all these activities has combined a picture, a facet that continues to perform. 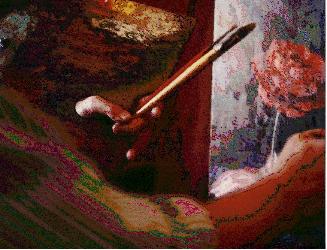